PM Sports is a leading tennis equipment supplier in AustraliA.

Customers in Sydney and the Northern Territory get their tennis nets from PM Sports.

Whether you’re a business manager or sports coordinator at your school or club, or someone who wants the right tennis net for your private court at home, we can successfully supply and install the most cost-effective and durable equipment for your tennis court project.

And it doesn’t matter if you’re building a new court or looking to refurbish an existing one. We’re flexible in meeting your specific requirements and your budget.

Every tennis net we sell is adjustable, so it doesn’t matter if your posts are not exactly standard distance apart. Your tennis net will fit. And in case you have a slightly smaller court — some of our clients do, because they ran out of space but they love their tennis so much they just had to squeeze a tennis court in — not a problem.

We can cut our tennis nets down to suit any tennis court. And yes, we have half-court tennis nets in stock as well. Our tennis nets have a UV stabilized PVC headband and are made with quality polyethene netting. This means they don’t absorb rainwater then rot, are built for our tough Australian climate, and last really well.

If the actual net is OK but the top’s gone, we can repair the top and replace the wire if necessary. If the net’s gone, we prefer not to try and fix it. Simply because the UV damage is throughout the net. So fixing the hole would only be a temporary solution — the net would end up tearing somewhere else.

If you’re in doubt, simply give us a call and let’s have a chat. We can let you know if it’s worth us fixing it or if you’re better off replacing it.

These popular tennis posts have an internal winder, so they are neat and tidy with no external cables – Nothing to trip over or get clothing caught in!

Used throughout Australia these tennis net winders are convenient, safe and durable.

If you’re looking for a quality tennis net for your school, club or home, contact us at PM Sports. You can depend on us to advise you which type of tennis nets and other tennis court equipment are best suited to your particular needs.

If we have the tennis net you want in stock, and we probably do, we can send it next day.

Quite a few of the schools and some of the private homes we supply have multi-purpose courts they use for both tennis and basketball.

Mobile tennis nets are the perfect solution for multi-purpose courts and sports arenas — they’re very easy to move and store to make space for other activities. One person can just pack the net up and wheel it away in minutes. 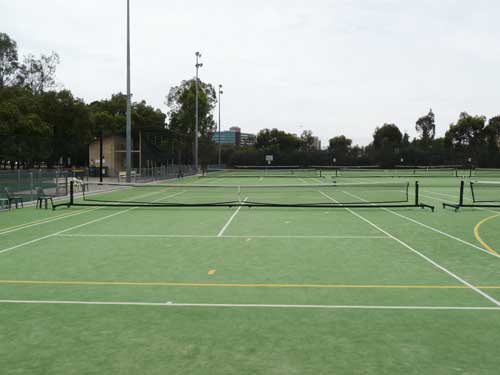 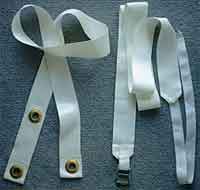 Anchor your tennis nets to the regulation height with these centre straps.

Also known as ‘Dry Court Sweepers’ our tennis court squeegee enables tennis courts to be quickly squeegeed dry after a shower of rain. Water can be squeegeed off a tennis or netball courts quickly, with a minimum of effort and back strain.

Our clients also use the dry court sweeper to remove leaf debris from their tennis courts. These squeegees are also used in factories and manufacturing spaces to clear water from large areas quickly.

As the squeegees are lightweight, they are more easily whisked around the tennis court, even by a smaller person. The squeegees are compact and easily stored, and able to be quickly deployed after an unexpected shower of rain.

The handle is carefully positioned so operators don’t need to bend or stoop to operate the squeegee. This avoids the risk of back strain when using the court sweeper.

A super slurpy on wheels – our Deluxe Tennis Court Squeegee pushes rainwater off your courts quick as a flash.

Contact us now to buy a tennis squeegee for your courts.

If your Deluxe Court Squeegee is faulty, please return it to us within 14 days of purchase. On inspection, we will either replace the unit or refund your full purchase price.

Our job is to make sure every one of our customers gets the perfect tennis equipment for their particular needs.

So I’ll be very happy to answer any questions you may have. The PVA Tennis Court Sopper is a high absorbent roller, quickly dry up the court after you have swiped with your squeegee.

Wet the roller first before using it. When you have completed rolling on the court, just hang it on the outside of your court fence (in the shade, not in hot sun) and let it dry itself.

There is a hook in the middle of the roller handle to hang it to dry. 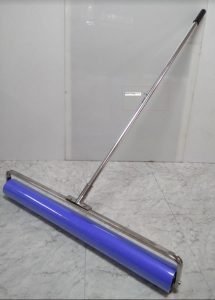 Our curved tennis practice walls have been a very popular training and warm up aid for Tennis Clubs and in the homes of tennis enthusiasts.