The Game of Netball

Netball is a quick and exhilarating team sport that involves running, jumping, throwing, catching, and shooting a ball. This game is very similar to basketball though some of the rules, equipment, and team numbers are a little different.

There’s no dribbling in this game and no running with the ball. There are 7 players per team on the court and the ball should be passed from one player to another within 3 seconds. The players are assigned to specific areas inside the court. The ball and the netball rings are slightly smaller than the ones used for basketball. The netball ring doesn’t have a backboard.

Netball is similar to European handball, korfball, and ultimate Frisbee. It is being played by millions of people all over the world in more than 70 countries. In 1995, netball was recognized as an Olympic sport and the campaign to include it in the Olympic Games continues up to this day.

Netball was specifically designed for women. In 1891, when Canadian Professor James Naismith invented basketball, he was asked to design an almost similar sport for women. Since women’s fashion during that era made it hard for them to dribble the ball, he created netball where the ball is passed instead of dribbled. It was then called women’s basketball.

This all-inclusive sport can be played my males and females of all ages, though it was designed specifically for females. It has a wide range of positions that requires players of varying skills.

This cost-efficient sport requires minimal equipment. It needs netball rings (one for each team), a ball, and an open court to run around. It’s important to pick high-quality equipment to enjoy the game without compromising safety. This game maintains a competitive yet non-aggressive environment.

What You Need to Play?

To play netball, you need to have a court where you can install netball rings, and run around while throwing and catching the ball. To make sure that the game is safe to play, you must make sure that the court is designed for running around to avoid accidents. The netball rings and ball that you get should be from a trusted brand so you can be sure that it’s reliable.

If it’s an outdoor court with no roofing, make sure that your netball rings are made from stainless steel material to avoid rusting. The netball rings should be sturdy enough to withstand harsh outdoor weather conditions.

Once you have all of this, you can start playing the game of netball.

The countless number of cricket grounds and cricket practice facilities throughout the country is a testament to how important Cricket is to the sporting culture in Australia. For over 20 years, PM Sports has been playing an important role in supplying...

END_OF_DOCUMENT_TOKEN_TO_BE_REPLACED

Spectator Nets help to protect spectators, school buildings and innocent by-standers at sporting events. Sports Netting can also be used for practise situations for Cricket, Golf and Soccer. We also make nets for sports like tennis and soccer and can even make the...

END_OF_DOCUMENT_TOKEN_TO_BE_REPLACED ProjectThe DetailsCurved Tennis Practice Wall Our stunning new curved tennis practice walls not only look great, they also make it easier for you or your players to practice and/or warm up for matches. The curved face directs the rebounds in a more natural way... 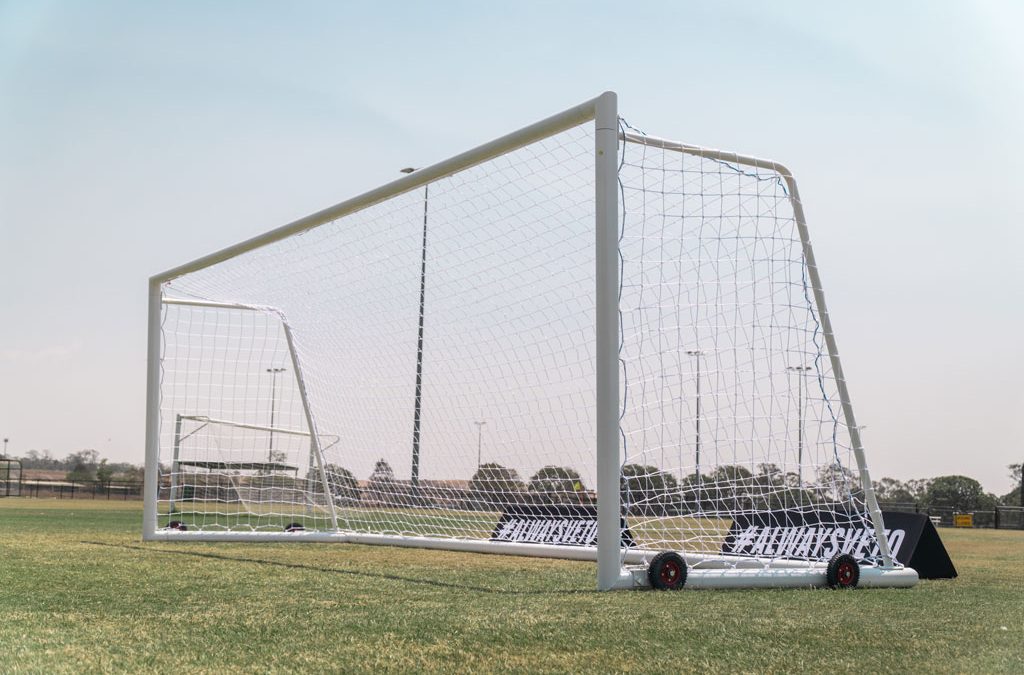 ProjectThe DetailsThe Challenge Soccer is one of the fastest-growing sports in Australia. Many people are playing the ‘world game’ from school-aged children to adults. Our soccer goals are very popular in sporting clubs and local council operated recreation sports... Project The Details The Project We are very proud to show off our latest project for Christian Brothers College. Its our biggest so far and the results were fantastic. CBC were willing and wanted to go the extra mile/cost for the best materials money can buy for a...